One of my favorite things about my job is following other blogs. This week one site that I regularly visit broached a particularly interesting (sometimes touchy) subject – to wave or not to wave? 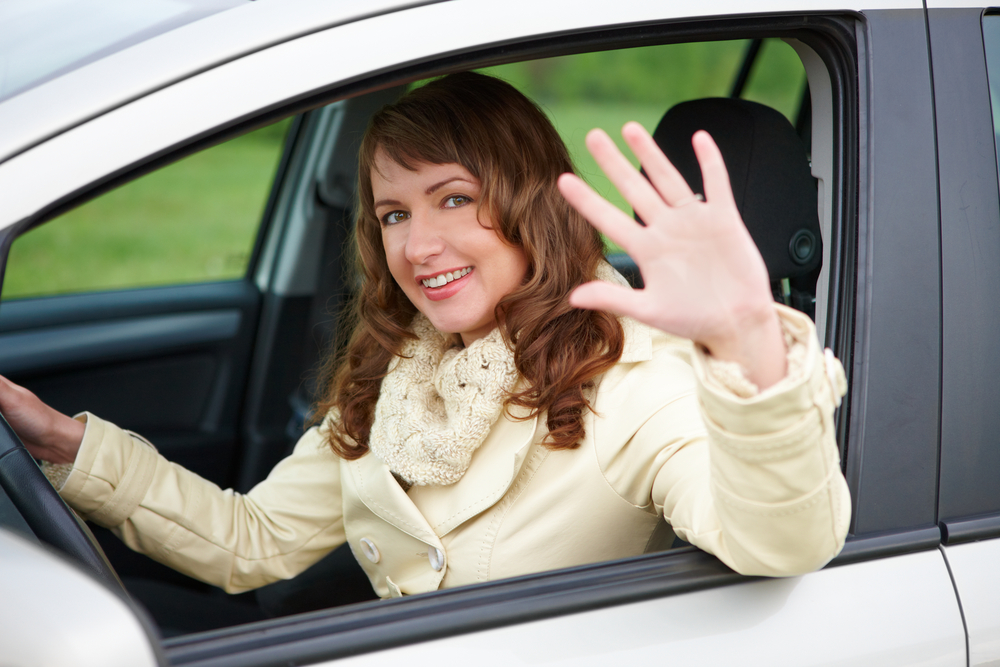 A simple gesture, yet waving can stir a great deal of controversy. From the plethora of different kinds of waves to the myriad of circumstances that can prompt a wave, there are a copious number of opinions surrounding how to do it and in what situations it’s appropriate.

On the road, I’ll occasionally witness a wave between members of various fraternities. The Jeep® fraternity of owners, for example, is very strong, as is the Harley® community. Jeep Wrangler owners and Harley riders are some of the most loyal to the wave, but you have to pay attention or you’ll miss it, as they are typically covert. (Unless it’s a newbie that hasn’t learned the “rules” yet.)

Rush hour can be grueling enough without the dreaded merge. Then, when someone is kind enough to leave enough room for you to squeeze in front of him or her, a quick thank-you wave is an appropriate response. But what if your windows are tinted and they can’t see you wave? Does it still count?

It’s like dropping a tip into the tip jar when the cashier isn’t watching.

I used to carpool with someone who would roll down his window to stick his arm out and wave his thanks. Rain or shine he made sure the recipient saw his expression of gratitude. At times, this seemed over-the-top, but his efforts were always reciprocated.

Then there are those waves that are not cordial, nor welcome.

These days, perhaps the most frequently utilized wave is the least friendly kind. Sometimes referred to as the Jersey wave (no offence to my Garden State friends – I really don’t know where the name came from), I’ve been on the giving and receiving end and in neither instance did it leave me feeling all warm and fuzzy inside.

Back when I was growing up, in rural, middle America, waving was similar to breathing. Like Nike®, you just did it.

Does that happen where I live now? Some neighbors recognize each other’s vehicles and acknowledge one another with a quick wave or nod of the head. In general, though, people are busy going about their own business and no they don’t wave.

Given the sad state of waving today, I have a question to ask. What if everyone made an effort to issue a friendly little salute while driving home from work today? Smiling is contagious. Is waving?