Recently, while listening to a favorite morning show, the cast’s seemingly random discussions touched on a variety of topics. That is until they landed on the subject of automobile seating arrangements.

Who would have thought that such a mundane topic would spark so many opinions? I mean, the proper seating arrangement is parents in front, kids in back right?

As it turns out, it’s not quite that simple. Social and business aspects of “who sits where” may dictate more than you know.

For example, there are those who believe a couple should always sit together.

Likewise, there are others who believe there are situations when a couple should NOT sit together. For example, where there are two couples driving together in a social setting – some may choose seating arrangements that seat couples together. However, in many instances, the men sit together in the front seats while the women occupy the back seats.

Many justifications support seating by gender. For example, men are generally taller and the leg room in the front is typically greater. Also, from a social aspect, the gentlemen may share things in common about which they converse in the front seat while the ladies do the same in the back seat. Finally, there are those couples who, while always together, are better off apart – maybe even to the extent of separate vehicles altogether.

When taxiing kids to and fro, the first to yell, “Shotgun!” frequently tends to be the ruling factor. In business situations, though, this isn’t the best practice. 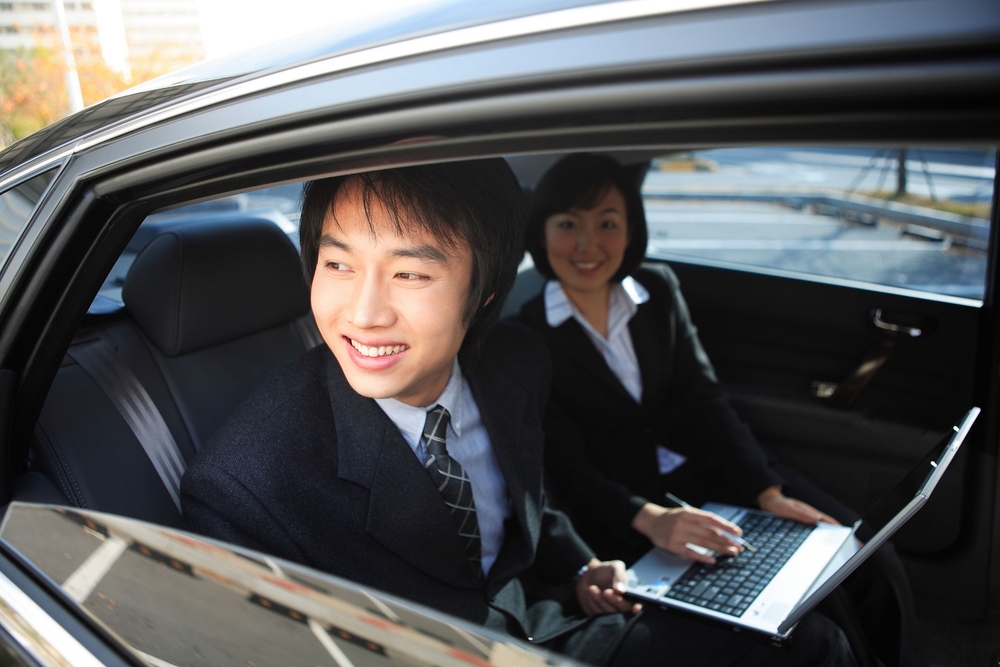 So, what do you do when you are part of a mixed group carpooling to a business lunch or meeting?

The “rules” of car etiquette in business situations are simple: