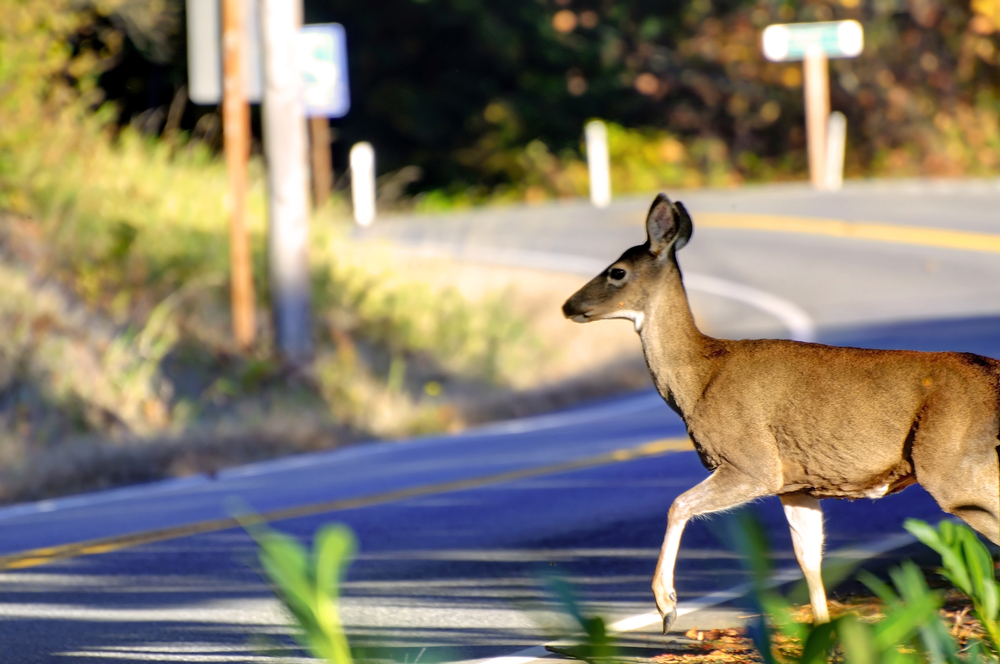 Four words that can completely devastate your day – I hit a deer.

Did you know drivers are twice as likely to hit a large animal (deer, elk and moose) during the last three months of the year?

For those living in the city, this may seem unlikely, almost an impossibility. But consider the fact that some of the most traveled holidays occur during the same months and suddenly it may not seem so implausible.

Beginning in the fall and continuing through early winter is rutting (mating) season for deer, causing them to be more active, and in some instances, more aggressive than during other parts of the year. They are more likely to cross roads as they search (or escape, as the case may be) a potential mate. 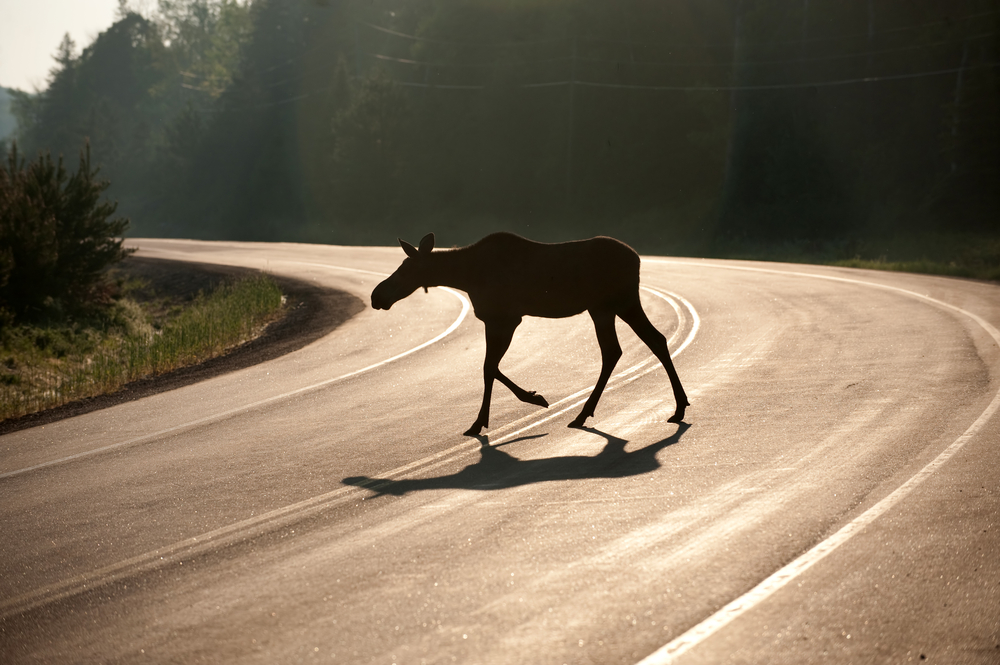 So, what do you do when you’re driving down the road and suddenly find yourself face-to-face with a majestic animal? Can a collision be avoided?

There are some things you can do to avoid hitting a large animal:

State Farm recently released its annual study, ranking states by the likelihood of a driver hitting a large animal on the road. The top five states include:

Chances are, if you live in one of these states or another area heavily populated by deer, you’ve had a deer cross your path a time or two. 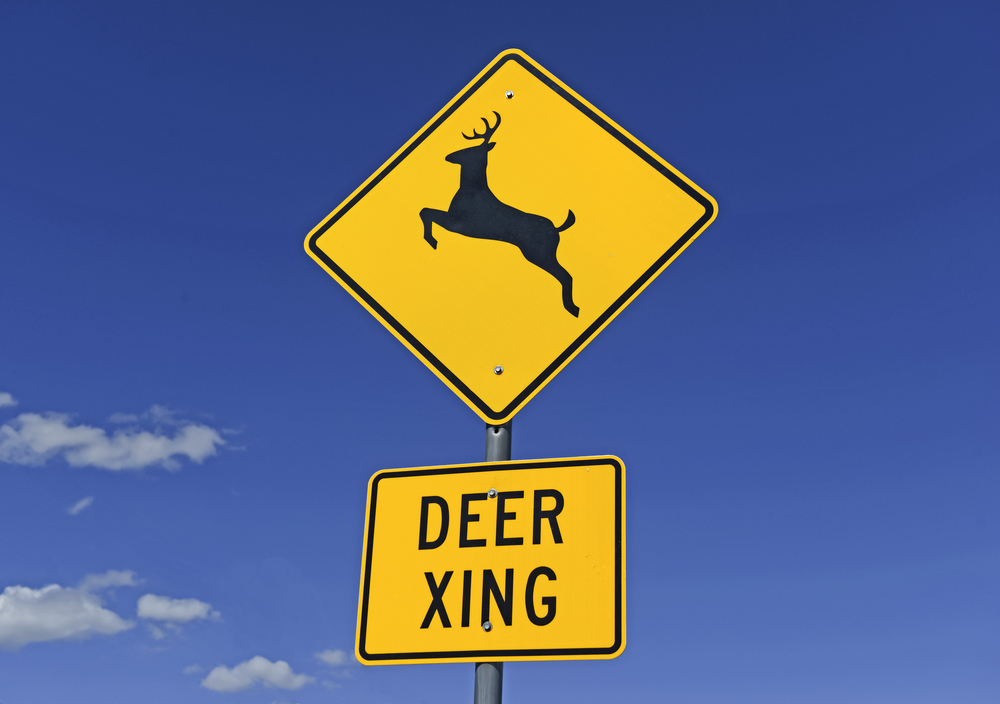 When a collision is inevitable, it’s important not to panic. (Easier said than done, I know.) Use the brake, if possible, but don’t swerve. Swerving to avoid a collision has the potential to make things worse, by putting you in the path of oncoming traffic. Also, swerving can further confuse the animal, making it so they don’t know which way to run.

Afterward, move your vehicle to a safe area and turn on the hazard lights. Stay with your vehicle, but don’t assume it is safe to drive. Things like leaking fluids or a hood that doesn’t properly latch could mean you need to call for a tow.

Finally, and perhaps most important, don’t approach the wounded animal. A wounded, scared, wild animal can be dangerous.