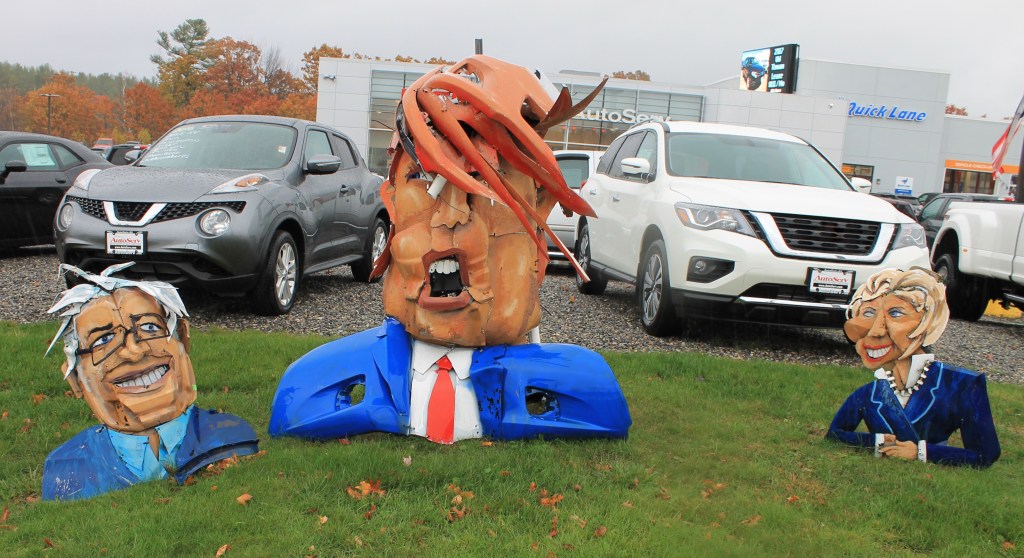 Shortly after moving to New England, we were driving by AutoServ in Tilton, New Hampshire (the same dealership where we bought our Ram 1500) and, out front stood sculptures of three people. At the time, I remember saying to my husband, “That one in the front looks like Trump. Check out the hair.”

As it turns out, it was, in fact, the artist’s interpretation of three political figures – Trump, Hillary Clinton and Bernie Sanders.

The artist is a local to the area. His name is Joe Kildune.

Were the sculptures meant as a political statement? Not at all. The first was, in fact, created long before the election became the main news story for every media outlet across the country.

It all started when he took an old, broken bumper home with him, let the idea marinate for a few days and soon a design began to take shape. It became a way of putting old, unusable car parts to use, instead of having them take up space in a landfill.

In fact, he had no idea the attention that would be generated when he displayed the first one (Trump) in downtown Franklin, New Hampshire. He was contacted by several members of the media and quickly decided he would have to design the rest of the candidates as well.

Trump only came first because the larger the personality and more well-known the person, the easier it is to create their likeness. And love him or hate him, you have to admit, Trump does have a big personality.

While the political sculptures have become somewhat the “stars of the show,” Kildune’s collection has many more characters. Rock stars, animals and more, like the pieces pictured below, are displayed in downtown Franklin.

These days, the political sculptures are still standing at the entry of the dealership. When asked if they will remain post-election, Kildune wasn’t sure. His family owns the dealership and has left it up to them to decide how long the sculptures will continue to greet incoming customers. 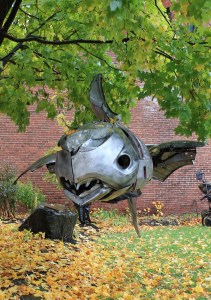 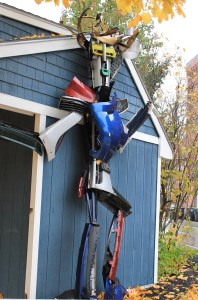 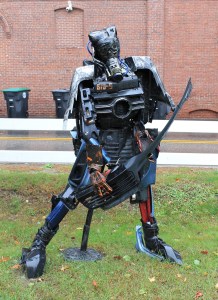 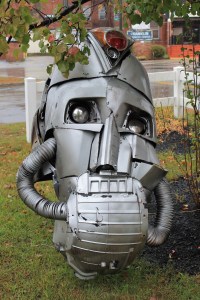